City Legend Speaks to The FOX

There is an exclusive interview with former City-striker Alan Young in The FOX Summer Special, which is in the shops now and will be for sale before the Sunderland friendly on Saturday… 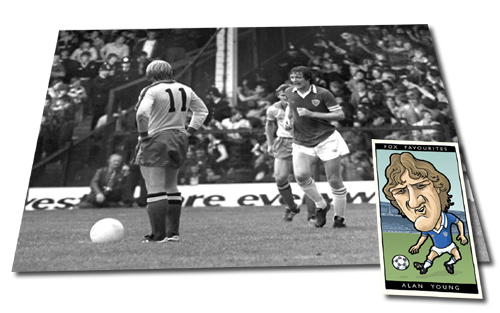 FOX: Your home League debut you scored both goals in a 2-0 win against Watford, it could not have gone better…

AY: It was a dream. I remember walking out onto the pitch and it was one of the few times I have been really nervous before a football match. I turned to Martin and said: “Look after me Martin.” Why, I don’t know.
The first goal I think Eddie Kelly had a shot and it was blocked and fell to me and I smashed it.
The second one was a throw in from Ian Wilson, defender came round me so I dragged it back, I didn’t normally dribble me, but I went into the penalty area, dropped the shoulder and the defender bought it so I had a bit of space, I mis-hit it with my left foot and Steve Sherwood dived out of the way. I think I ended up getting Goal of the Season for it! There can’t have been many good goals that season is all I can say.

FOX: You always had a good relationship with the fans at Leicester, how important is it to make a good early impression like that?

AY: It’s crucial. But with the Leicester City fans I think they liked what they saw anyway, because I am a trier. I hated getting beat. I hated the referee giving them a throw-in when I knew it was outs. Little things like that. I used to argue and argue and argue with them and get booked over a throw-in. I used to get hammered by Jock who would tell me to shut up and leave the referee alone, but I just couldn’t help myself.
I would find myself at right-back helping out Tommy Williams or whoever and Jock would be shouting: “Get up the f***ing pitch and do your job there!”
But that was me, I was just so involved all the time. I think I was a decent organiser and leader on the pitch, and an example.
Jock came in the dressing rooms at half time once, I can’t remember the game but we were winning 2-0 and I think I’d scored one, but missed a few. We’d been atrocious.
Now sometimes Jock would come in  softly softly, other times it would be different. On this occasion he came in and absolutely hammered me. Nobody else. Just me and him face to face full treatment with spit coming at me and me eyeballing him back.
Then he just turned and walked into the physio room.
Tommy Williams was the first one to come up and say: “That was a bit much man, I thought you were doing alright.” I saide: “F*** off Tommy, get your own job sorted out, I’ll sort mine out.”
Then Andy Peake came up and I said: “Andy you’re only a f***ing baby don’t try and tell me anything and that goes for the f***ing rest of you too.”
What Jock had done was get me to dish out the bollocking! He knew I could take it but he could get through to the rest of them through me. He did it a few times because he knew he couldn’t do it to say Andy Peake and get a better performance out of them.
One day he came in to do it again to me and I said: “Not that old one again Gaffer, they’re not going to listen this time.” and he laughed at that.

To subscribe to The FOX for the 2010-11 season, get your Summer Special in the post and claim your free limited edition print send a cheque for £14.00 to:
The FOX, PO Box No 2, Cosby, Leicester, LE9 1ZZ 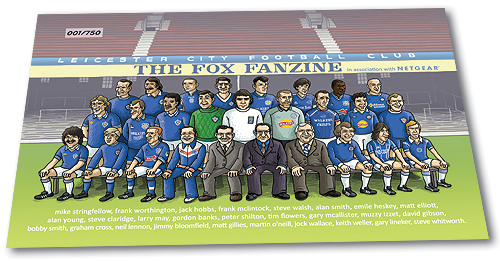 The FOX Summer Special 2010 will be in the shops this week. 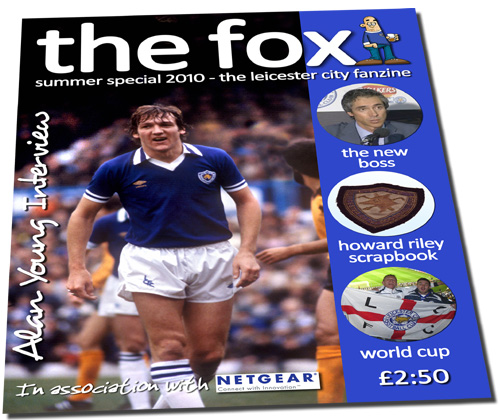 The twentieth Summer edition of the Leicester City fanzine features an exclusive interview with Alan Young who lifts the lid on Filbert Street in the early 80s; the World Cup from Our Man in South Africa; the Howard Riley Scrapbook; Yann Kermorgant: Why?; Tales From the Riverbank; 2009-10 Season Review; Your Handy Guide to the Championship; A Wild Day Out at Oldham in ‘Rewind’; The Confessions of a Suburban Fox; The FOX Awards; Pride of the 500; the Chris Lymn Column, Our Man in a Van…  and shed a tear with FortySomething… 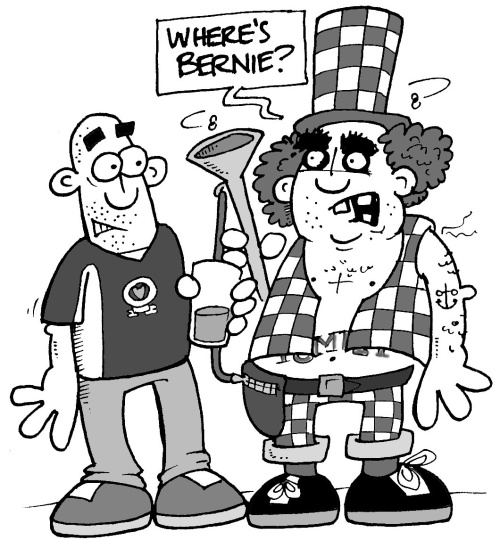 To get your copy posted to you tomorrow, subscribe to The FOX today:

City Get Down to Business 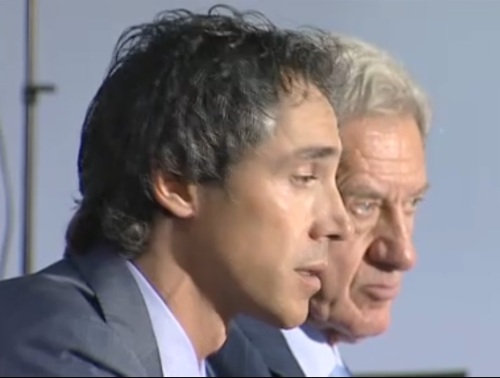 With the prospect of an imminent change of club ownership still hanging in the air around Filbert Way, Leicester City must now get down to the serious business of preparing for the 2010/11 season in The Championship. Having returned from Slovenia and the now obligatory bonding exercise, City can reflect on a defeat (4-1 to Jegellonia Bialyistock) and a victory (5-2 over NK Alluminij) where the main talking points were the positive change of style and the experiment of playing Nicky Adams at right back.

City fans will be eager to see the new-look side (in style if not personnel at this stage) and the next two weeks provides several chances to see matches that have little meaning in terms of results and will quickly be forgotten once the serious business begins on August 7th at Selhurst Park.

Tomorrow evening City travel to the Don Valley stadium to take on Rotherham who just missed out on promotion from League Two last season. On Saturday it’s Oxford United at the Kassam Stadium and the following Tuesday (27th July) City travel to Peterborough just three months after a League One fixture which saw City prevail 2-1. Finally, Premier League Sunderland visit Filbert way on Saturday 31st July for what should be a decent yardstick to see how Sousa’s men might fare this season

Whilst City fans are hoping for (at least) another shot at the play offs this season, there is an uneasy feeling that the squad is urgently in need of bolstering if we are to match last season’s achievements.

According to several news sources, and local rumour, Milan Mandaric is on the verge of selling 49% of his interests in LCFC to a group of Thai businessmen. 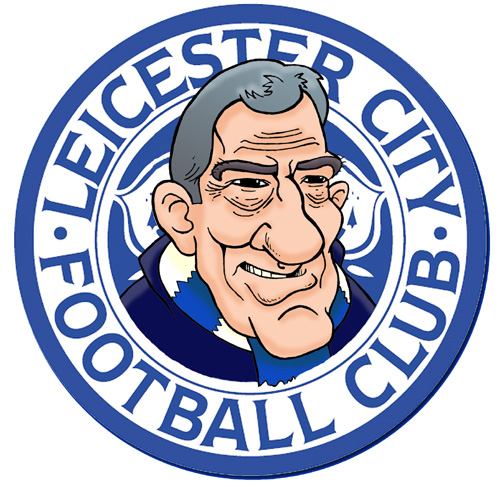 This deal, which it is said could happen as early as next week, would allow the Serbian to retain control of the club for an interim handover period before selling the rest of his shares to the consortium in the near future.
The Daily Mirror claims that Israeli super-agent Pini Zahavi – who was instrumental in linking up Chelsea and Roman Abramovich and Portsmouith and Alexandre Gaydamak – is helping broker the deal and that the departure of Nigel Pearson and appointment of Paulo Sousa were all part of the grand plan.
A figure of £26M – equivalent to City’s current debt – for the club has been bandied about, with further funds being available to push City up into the Premiership.

City have yet another new kit supplier for the 2010-11 season with Joma being replaced by Burrda one year into a three year contract. They are releasing a new yellow away kit. 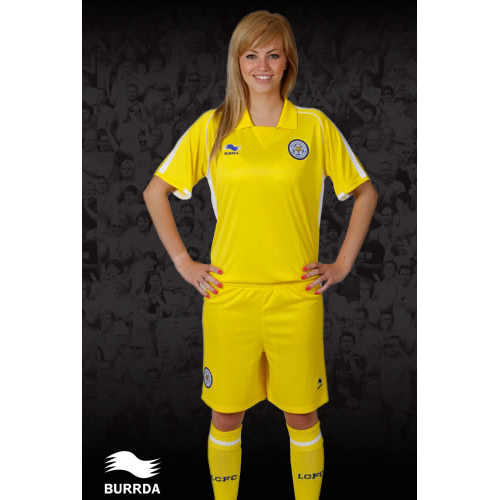 What is even more curious is that Burrda will be producing a home shirt exactly the same as last season’s but for their name replacing Joma’s and slight alterations to the 125 Anniversary badge. How many of those are they going to sell?
Burrda are a Swiss company who make kits for Watford and Wolves, as well as the Belgium national team and the Egyptian handball team…
Those City supporters who are desperate for a ‘proper’ kit manufacturer like adidas or Umbro will have to wait a while longer.

Paulo Sousa took the reins of Leicester City yesterday and made a good first impression on the press and the players. 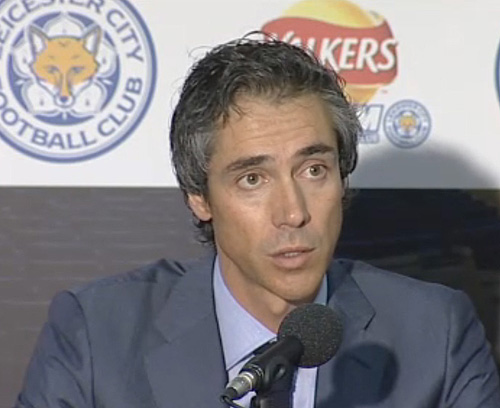 Sousa, has has signed a three-year contract at City said: “This is a big club, a great club with a great history and now I want to make my own mark in the club’s history. I’m pleased to be here with an ambitious chairman who matches my own ambition. Together we want to do a great job for the fans, the city and for everyone, but also ourselves, because we want to be proud of ourselves.
One of the main reasons I came is the ambition of Milan and the ambition of this club. It comes very close to my own ambition. We can work together to achieve our targets. Of course the target is the Premier League.”

The first day of training saw the players meeting Sousa,  and his assistant Bruno Oliveira for the first time.
They broke with tradition, replacing the usual, expected fitness training slog round Bradgate Park with some work with footballs.
Sousa explained to the Mercury: “The first training session went very well. It was a different approach from what I understand from their past. We approach it straight away with the ball. I saw they were a little bit anxious about that. But they coped quite well and everyone was delighted.”
Having watched England struggle to match the technique of the most average sides in the World Cup, this may well be the way forward…

Sousa has swiftly made an addition to his squad, securing a season-long loan  for Benfica’s 21-year-old central defender Miguel Vitor.

Wayne Brown has moved to Preston North End having left City ‘by mutual consent’ following his ‘political’ clash with team-mates on the eve of the Play-Off semi final against Cardiff.
And it is now being reported that Nigel Pearson wants to sign Nolberto Solano for his new club Hull.
Although the Peruvian was said to have signed a six-month deal with Leicester in May it appears that the contract was not formally completed and he has been training with the Hull squad. 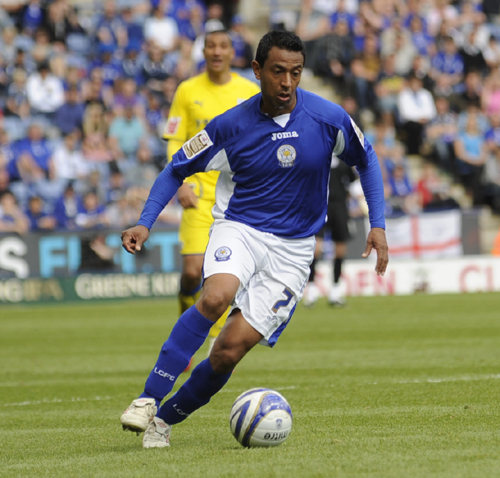 A large chunk has also been taken out of the squad with the departure of all the players who were here on loan last season: Alex Bruce, Jay Spearing, James Vaughan, Ryan McGivern, and, the man who will be most sorely missed, Martyn Waghorn.
Long-term injured Stephen Clemence and James Wesolowski have now gone and Aleksander Tunchev will not recover from a knee-op until September at the earliest.
Chris Powell has retired from playing to concentrate on his coaching role.

That leaves errr………. bring your boots with you to the Sunderland game.

Former Portugal international Paulo Sousa will be Leicester City’s first foreign manager when the deal is wrapped up over the next couple of days. 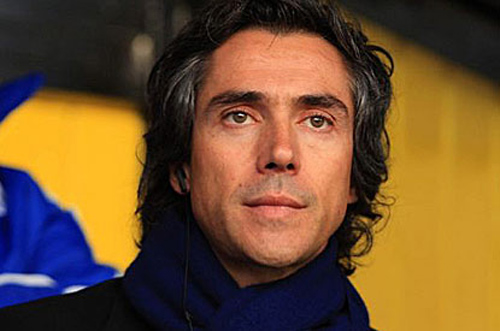 The 39-year old, who has managed at QPR and Swansea, is currently in negotiations with chief executive Lee Hoos, but will not officially be unveiled as the new City boss until Milan Mandaric returns from an overseas trip.

Mandaric told the Mercury that City do not need to sell their prize assets: “I will not be selling any of our best players. I am not under any pressure to do so. If I sell them then that means I have been telling you the wrong things. We are ambitious and we want to add to our best players. Everyone who contributed last season will get a chance with the new manager.”

Rumours persist that a Thai consortium are on the verge of buying the club, after a group of far-eastern businessmen were shown round the Walkers Stadium and Belvoir Drive last week…